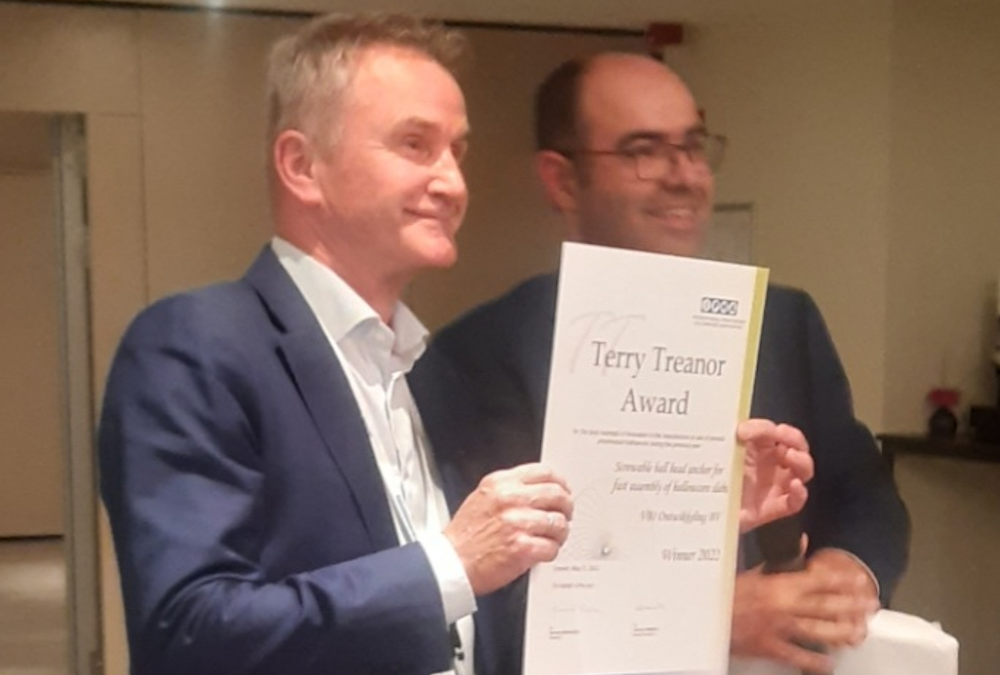 The Terry Treanor Award has become an established part of the proceedings of the IPHA General Assembly.

The Award was first awarded at the conference in Prague in 2005 and was introduced in memory of Terry Treanor, who had been Chairman of IPHA since its inception in 1995.

At this year’s Annual Conference, in Leuven, Belgium, the TT Award was presented by Jordi Pujol (President of IPHA’s Marketing Committee) to Ronald Klein-Holte on behalf of VBI Ontwikkeling BV.

Ronald presented a newly developed ball head anchor which is placed by screwing in the hardened concrete of the hollow core slab. The WLL (Working Load Limit) of this current configuration is 11 kN. No additional concrete is needed for the placement of this lifting anchor. Lifting is done by standard 2.5t lifting hooks. 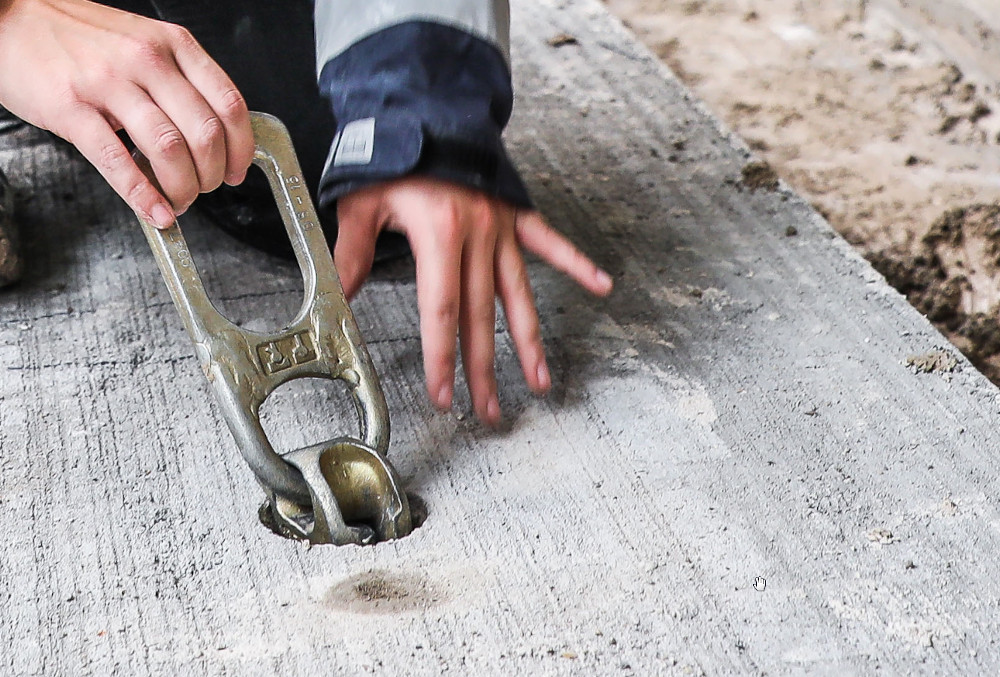 This method makes the assembly of hollow core slabs safer and faster, because the joint filling can be poured on the same day (depending on the size of the floor). Other features for consideration are: connection for safety barriers or safety lines, or connection for mounting braces.

We use cookies to ensure that we give you the best experience on our website. If you continue to use this site we will assume that you are happy with it.OkPrivacy policy